As part of our commitment to continually develop and improve the features offered by UpdraftPlus, we have spent a lot of time focusing on the main goal of making restores great again. Thanks to all the hard work and dedication from our team, over the last few months we have managed to add several under the hood tweaks that have helped with our ‘improve restore project’ that is included with the latest 1.16.17 update.

Part of the improvements we have implemented with the restore development is the addition of ‘in page restore resumptions’. No longer will you be left wondering if your restore has failed, resulting in you navigating to another page to check and resume the restore. With this new tweak we automatically detect if the restore has stalled and will add a notice to allow you to resume the restore without leaving the page. 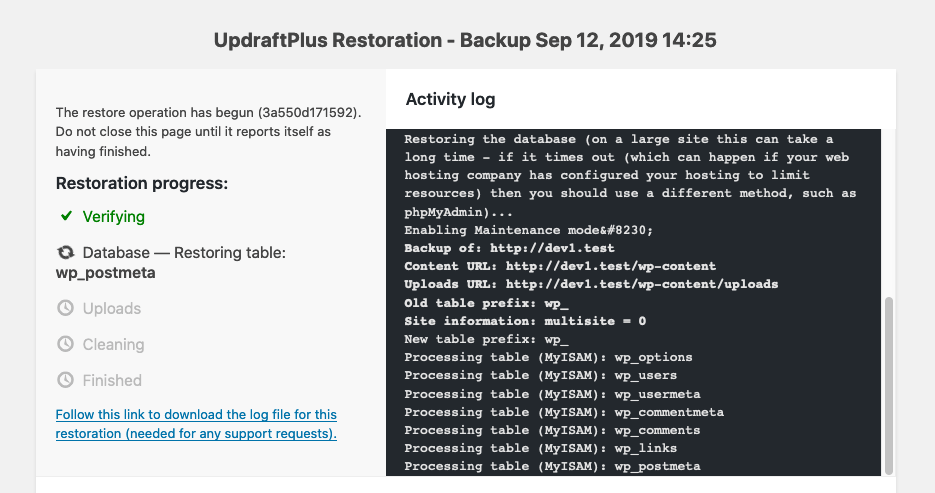 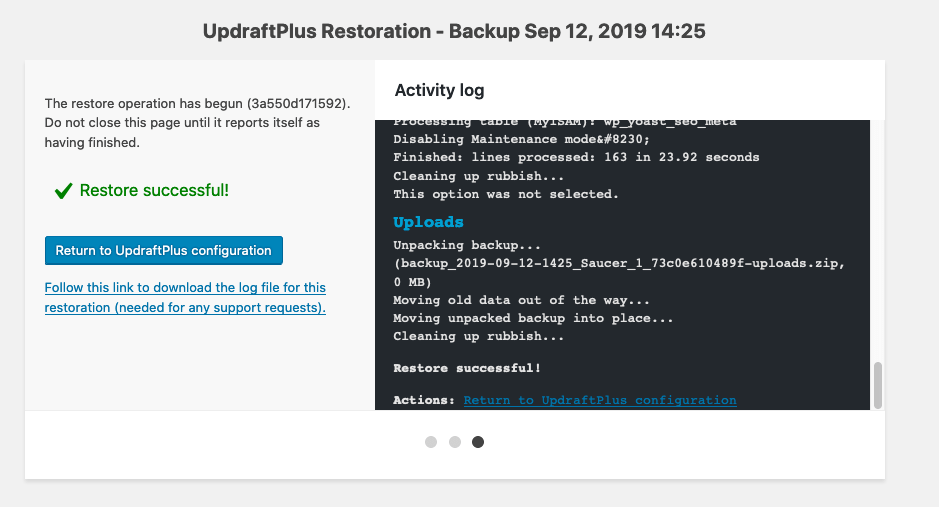 We have also redesigned the restore page to improve the overall appearance and functionality of the plugin, fixing some bugs and adding improvements to the restore process.

But that’s not all! Upcoming features that we are working on include resuming database restorations, so if the database fails to restore you will be able to pick back up at the last table completed and automatically restore more files

We recommend the update for all users.